Totally Makes Up For The “Coffee,” “Empire” 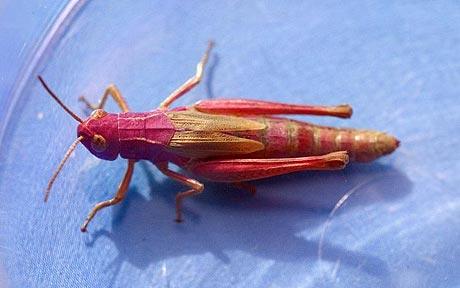 One of the many joys of doing research in the UK is the opportunity to read, in print, some truly delightful newspapers. I don’t know if the UK newspaper industry is doing any better than the America’s (though I suspect so), I do know that their product is always, always much more fun to read.

I think they keep the old spirit of newspapers alive in a way no American publications can touch.

Take, for example, today’s Daily Telegraph. Between the usual (political and business news, tepid conservative op-eds, big pictures of the POTUS with British pols) stories, there was quite a bit on gin (today was sponsored by Gordon’s, bit of an odd choice for a paper called the DT), and even more on weird animals. To wit:

“School votes to kill pet sheep”
(“His meat will be raffled to raise funds to buy pigs, who will be in turn be slaughtered to make sausages”)

“Ticked pink: Schoolboy finds rare grasshopper”
(“The insect … was discovered by Daniel Tate, 11, who thought it was a flower until he saw it jump”)

“Infected oysters and poor hygiene, a recipe for sickness at The Fat Duck”

“Vicious fish parasite found near Jersey”
(“‘ Really quite large, really quite hideous. If you turn it over its got dozens of these really sharp nasty claws underneath and I thought ‘ that’s a bit of a nasty beast.’ ‘”)

What American broadsheet provides that kind of content? Certainly not the Gray Lady. The DT’s tv critic put his finger on the problem, I think, in a review of the final season of The Wire: “The show captured the bow-tied ponderousness and politically correct nitpicking ot the Sun as neatly as the jargon of the drug ghettos. My God, these guys take themselves seriously. No wonder their venerable newspapers are going down the tubes.”

But it didn’t used to be that way! Though most things were not better in the 1840s, at least American newspapers had a sense of humor.