Or, No But Seriously What 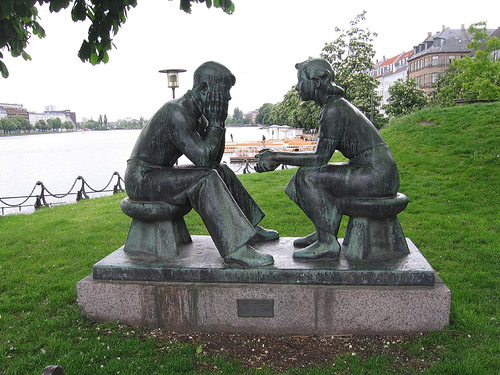 The book [Santayana’s Life of Reason] is Emerson’s first rival and successor, but how different the reader’s feeling! The same things in Emerson’s mouth would sound entirely different. E. [Emerson] receptive, expansive, as if handling life through a wide funnel with a great indraught; S.[Santayana] as if through a pin-point orifice that emits his cooling spray outward over the universe like a nose-disinfectant from an “atomizer.”

via Brandon Watson in his excellent, and much more useful, post on the context of Santayana’s most famous line, one of a projected series.

Image cite: Chab74, “What are you talking about?,” Flickr, CC License